We are going to start today's message with a demonstration. It's a simple game of Charades. If I can get a couple of you Worship Team leaders to stand in front of me here. Now, if I stand here with no cards, no game and no instructions and start taking guesses about nothing. How much sense would that make? None. Believing in something doesn't make it exist. Faith is neither a creator nor blind. It is the concrete assurance of things hoped for. In the example of Charades, I need something to guess at. Without the game, playing charades is just stupid. It is illogical. Similarly, faith is not a call to foolish belief but hope in something known but not seen. Faith is also evidenced by people who know the things hoped for. Again with charades, I don't see the word, but you guys do. I have faith there is a word there but no clues as to what it is. This time, I will put a word up on my Ipad and ask the worship team to give me one-word clues. The answers are still tough to guess and get the correct answer. So it is with faith. Without the witness of these other people, I would not be able to guess the animal on the screen. Faith is a shared experience. 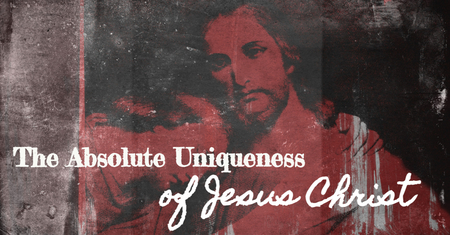 The Absolute Uniqueness of Jesus Christ

How to Respond to God's Discipline

The Discipline of God

Jesus - Founder & Perfecter of our Faith