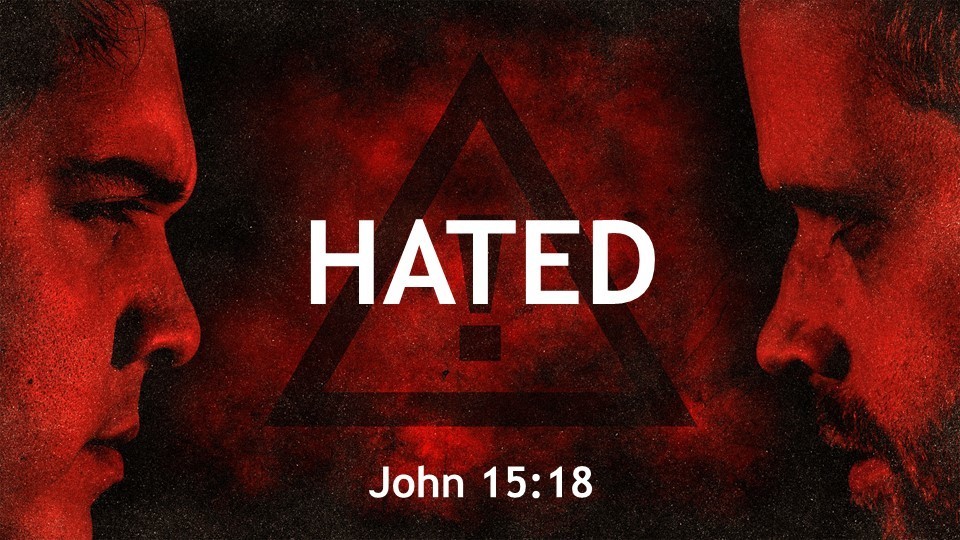 Would you sign up for something if you knew some people would hate you for doing it? We might quickly reject such an “opportunity.” Yet, we face such situations more often than we might like. Parents have to set limits that their children will not like. Sometimes children respond to these limits with an – “I hate you.” Employers may have to make some tough decisions during cutbacks. Those on the receiving end of the cuts may hate their employer or the person making the decision. Judges have to rule between disputing parties. The side that loses might hate the judge. Then those in positions of leadership have to choose a direction that some might not like. They may even hate the leader for going in such a direction.

No one likes to be hated. Yet, this is a fact of life sometimes, especially for Christians. Following God in world where the majority don’t believe in Him, ignore Him or live in open rebellion against Him will sometimes bring us the “hate” of the world. Say you work hard at your job to honor the Lord. But the culture at work is to do as little as possible just to get a paycheck. Hard work will expose that culture and likely generate some hatred. Or say a Christian police officer starts a new job and discovers that many in the department take bribes from drug dealers. When the new officer discovers this, His Christian conscience will move him/her to expose this practice resulting in hate from those participating.

These are tough challenges. Yet Jesus endured far worse and it resulted ultimately in His execution. He says, “If the world hates you, know that is has hated me before it hated you.” (John 15:18). Later he says, “But the word that is written in their Law must be fulfilled: ‘They hated me without cause.’” (John 15:25. Yet beyond the encouragement this gives me when I face such situations, it has a very practical application. He endured the world’s hate for you and me.

The Lord agreed to go on a mission where He knew many would hate him for it. Yet He looked beyond that to the greater joy of salvation for many. This is key when we face decisions that may result in someone hating us. We have to elevate glorifying God as most important. Then we must trust Him to work through our obedience to accomplish His purposes.

“Lord, we admit that we sometimes (often?) avoid the hatred of others because we love the praise of men. This has sometimes led us to denying you so others will like or affirm us. We confess that and our love of comfort more than we love you. Help us to lovingly, respectfully speak your truth in love. Even if the response is hate, help us to not shrink back but to remember you endured the world’s hatred for us.”

Giving Up Control Does God Actually Know about Our Needs? God's Promise Keeping