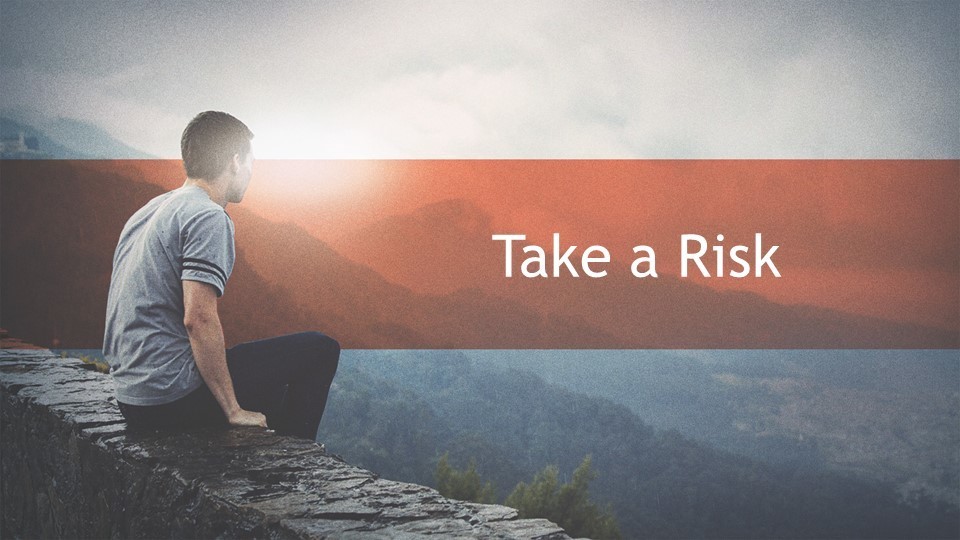 Some of the best things in life come from taking a risk.

Entrepreneur Elon Musk dreams of humanity someday colonizing Mars, and knows the great risk in sending people. Regarding people going to Mars he said “For the people who go to Mars, it’ll be far more dangerous. It kind of reads like Shackleton’s ad for Antarctic explorers. ‘Difficult, dangerous, good chance you’ll die. Excitement for those who survive.’ That kind of thing”. From early explorers setting out on the ocean, to the young couple deciding to get married and start a family – taking risks leads to incredible things. This doesn’t mean we should be foolish, but rather we take calculated risks. And some risks we will still do, even if we think the odds are not in our favor, because the outcome is important enough.

One of my favorite stories in the New Testament is when Peter walks on the water. One late night the disciples are in a boat and a storm picks up. Jesus then walks out to them on the water. The disciples freak out, and Peter says “Lord, if it is you, command me to come to you on the water”. And Jesus tells him to come. Peter steps out and begins to walk on the water! Amazing right? Well, Peter stops looking at Jesus, becomes afraid of the wind, and begins to sink as Jesus rescues him. Now our first instinct might be to think that Peter took a risk and failed. It’s true that Peter took a risk and it didn’t go perfectly. He lost his focus on Christ. However, Peter got to walk on water! That’s wild! And to be honest, I would rather have been Peter, than one of the other eleven that were still in the boat. They just watched with their jaws gaping.

I think for me one of the reasons I like that event so much is because I read a book that had an entire message just in its title – ‘If You Want to Walk on Water, You Have to Get Out of the Boat’. How true! If you want to experience more of the fullness of what God has for your life, you have to get out of the boat. Take the next step. Do your research, but eventually you need to the hard thing – start.

In your faith journey, what is the next thing that God might do through your life if you were willing to step out of your comfort zone? Maybe it’s saying yes to an invitation to join a friend at church. Perhaps it’s reaching out to someone in your Church and making a new friend. Maybe it’s embracing change, or making change in your ministry. Spend time asking the Lord for wisdom, and then take action. Perhaps there are other areas of your life where you need to take some risks to do the right thing. Maybe you need to reach out to your spouse and begin to repair some brokenness. Taking a risk to talk with your teenager and really get to know them. Or perhaps asking (or offering) forgiveness to someone in your life. Doing the right thing is hard, but the results are so great.

So what is it for you? What next step of faith do you need to take?