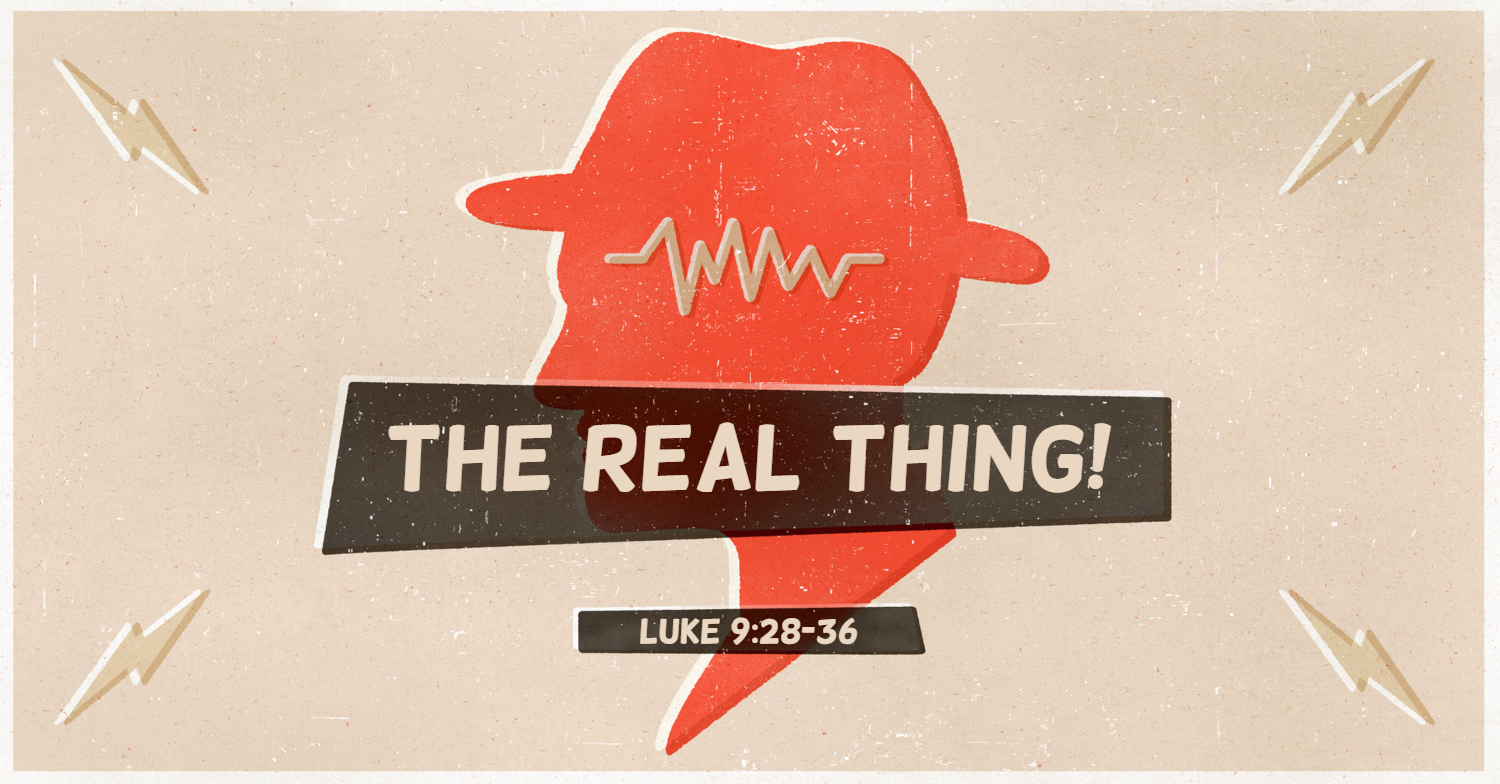 I have no more time for sales pitches. Advertisements annoy me. I will do anything to avoid commercials on TV or podcasts. I turn the radio frequency when ads come on. Why? I am tired of the lies and half-truths. I am weary from the over promises of politicians or weight loss miracle solutions. I’ve had enough of someone telling me they’ve discovered the lost key to solve this or that problem for 3 easy payments of 49.95$.

I long to hear stories I can trust. I search for leadership that will not fail me. I hope for someone greater than I can see who oversees it all. So consider this:

28 "About eight days after Jesus said this, he took Peter, John and James with him and went up onto a mountain to pray. 29 As he was praying, the appearance of his face changed, and his clothes became as bright as a flash of lightning. 30 Two men, Moses and Elijah, appeared in glorious splendor, talking with Jesus. 31 They spoke about his departure, which he was about to bring to fulfillment at Jerusalem. 32 Peter and his companions were very sleepy, but when they became fully awake, they saw his glory and the two men standing with him. 33 As the men were leaving Jesus, Peter said to him, Master, it is good for us to be here. Let us put up three sheltersone for you, one for Moses and one for Elijah.(He did not know what he was saying.) 34 While he was speaking, a cloud appeared and covered them, and they were afraid as they entered the cloud. 35 A voice came from the cloud, saying, This is my Son, whom I have chosen; listen to him. 36 When the voice had spoken, they found that Jesus was alone. The disciples kept this to themselves and did not tell anyone at that time what they had seen." (Luke 9:28-36).

I can only imagine the Lord’s great glory and that amazing moment when He stood in all His glory shining like the sun; or when He talked with Moses and Elijah two men used by God to accomplish His salvation purposes at another time. I wonder what it was like for the disciples when the cloud covered them? How did they react when they heard the voice This is my Son, whom I have chosen; listen to him.

3 different people (Moses, Elijah and Jesus) from three different eras of God’s saving work come together on a mountain for 3 humans to witness. When Luke wrote this Gospel, he likely talked to John, the only surviving member of the 3 at that time. He heard John’s eyewitness account of this incredible moment. Through Luke’s careful and orderly account, we get to partake of the glory, majesty and purity of Christ and the Father in some small way.

So we need to heed the Father’s command in the midst of all the noise of today’s world. This is my Son whom I have chosen. Listen to Him.

Father God, thank you for giving us a glimpse of Jesus’ glory. Thank you Jesus for following through on Your mission for us. Help us to live in the light of your glory, life and Word. We praise you for being the real thing!