When Things go Wrong: God’s Place in our Mess-ups and Mistakes! 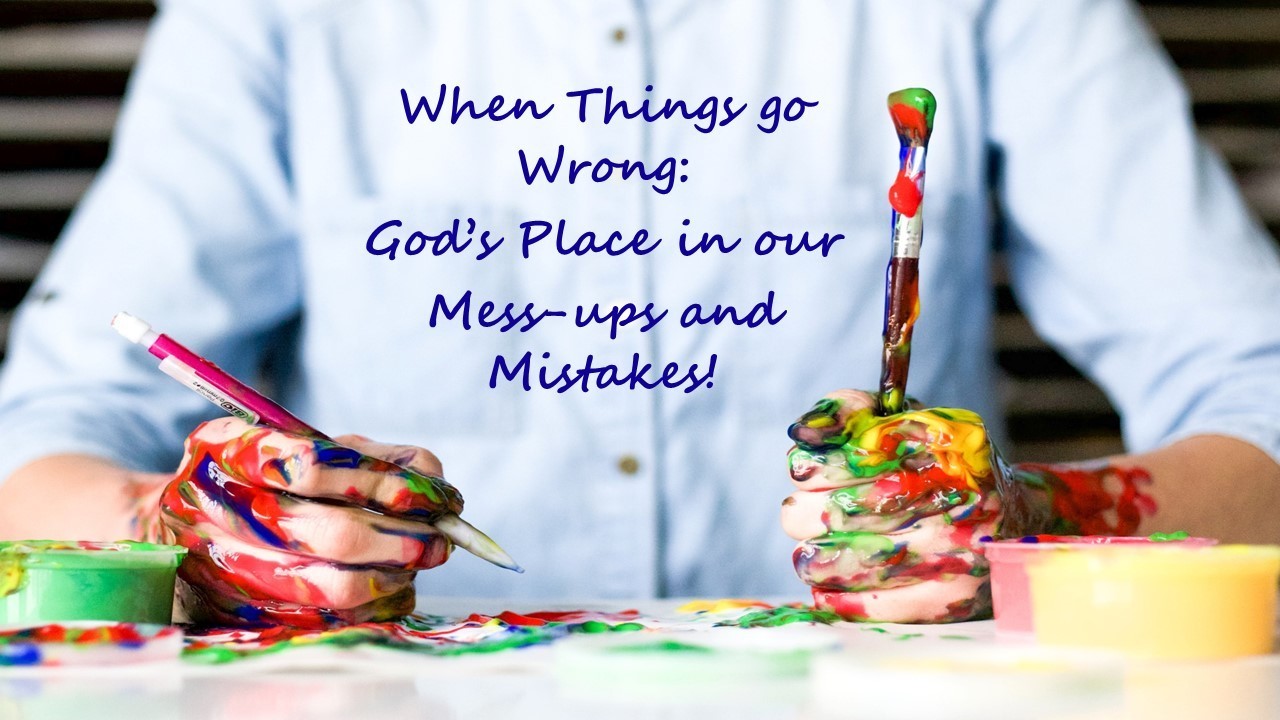 It was Saturday December 12th, 2015. The day I had been waiting for, the day our Children’s Ministry got to present their long awaited Christmas pageant! The kids had been working hard on this pageant for the last four months and finally the day had come. Costumes were everywhere, children packed the classrooms practicing their songs, dances and lines! Hundreds of parents, grandparents and friends filled the sanctuary excited to see the children perform. Two weeks prior one of our main characters: mother mouse, had dropped out of the program. There was not enough time to recruit a replacement so the Children’s Pastor asked me to fill in! I was 12+ years older then anyone else on stage but the show needed to go on so I agreed!

There I was, backstage sporting two fuzzy mouse ears, a little black nose and whiskers, and a frilly red Christmas apron! The lights dimmed and the children took their places. I waited with anticipation holding onto my bowl of flour and mixing spoon; mother mouse was quite the avid baker you see. I took a deep breathe and marched onto center stage, vigorously stirring my flour as I did. I was in the middle of delivering my line when all of a sudden an audible gasp arose from the audience… I began to turn when CRASH! The 8ft tall Styrofoam set came plummeting down on my head! The backstage manager stood in shock with his hands covering his mouth. After a few moments he scrambled to place the set back up. I stared at the stunned audience and trying to make the best of the situation I began to bow and curtsy. The audience rumbled with laughter and alas I proceeded to deliver my line once again. Unfortunately I acted to soon as moments later CRASH! The set came tumbling down yet another time. The audience roared with amusement but this time I was less then enthused. Thankfully my third attempt succeeded and the rest of the play went off without a synch. This debacle reminded me of a Christmas pageant my siblings were in when I was young. The child playing Mary had fallen through the paper set and the baby Jesus had been tossed across the stage! It was memorable but by all means chaotic.

Now fast forward a couple years to Fall of 2017. Our church was having a baptism service and I sat in the sanctuary along with the rest of the congregation listening to a gentleman share his testimony. As he began to speak I could hardly believe my ears, he shared: “my very first time at church, I watched a stage set fall on top of Holly Gautreau’s head, after this I knew I wanted to come back”. I couldn’t believe it! I didn’t even know this man and yet somehow my set mishap had stuck with him enough to want to give church a chance. Who would of thought! The reason I share this story with you, is because a set falling on my head did not feel like a success. In-fact it felt like quite the failure. Never would I have expected or planned for that to happen and yet, God somehow used it. And guess what? You remember my sibling’s chaotic Christmas pageant that I mentioned? Well that pageant was actually the first time my dad ever came to church, and after that day he kept coming! Now he is one of the most inspirational and godly men I know.

With Covid19 I think a lot of us have probably felt like we’re falling short and that nothing is going as we had planned. But I have good news, God can use this. In-fact using broken people and situations to do great things is a theme throughout the whole Bible (just look at Paul’s story in Acts chapter 9). God can use you and your situation, messy as it may be, for such a good purpose. God’s got this and be encouraged in that today.

Seeing is Believing Do You Ever Feel Like Jesus Stops Loving You? What is Truth?