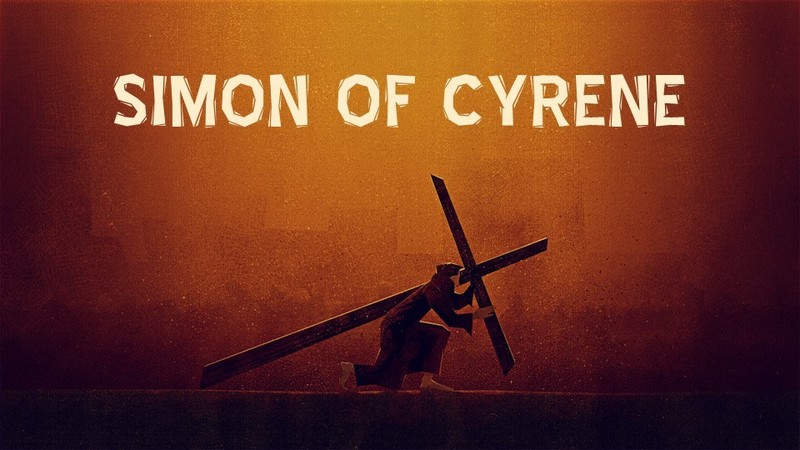 I could not believe they were about to do this to me. I’d heard about the Romans conscription where they grabbed people off the street to do their will. But this? It would ruin everything. All my dreams and plans would be shattered. I would surely touch his blood that stained his cross. Then I could not enter the temple courts! And I’d travelled all this way just to do that. But the Romans didn’t care. They had their dirty work to do and forced me to do part of it. So I picked up the cross and looked at my boys. Now what would we do?

Oh, but let me introduce myself. My name is Simon. I come from a city called Cyrene on the North Coast of Africa. I grew up in a devout Jewish family. We participated in the vibrant Jewish community in Cyrene during the first century. I got married and had a family. Sometimes we heard news from in the homeland brought by merchant traders or travelling Rabbis. That year, one told the story of a new teacher from Galilee called Jesus. There were rumors he could do great wonders. There was one particularly powerful story of him raising someone named Lazarus from the dead after he’d been in the tomb for four days. But I was not too concerned with all of this. I dreamed to one day take my boys to Jerusalem to experience the holy festival of Passover. They were finally the age to go with me into the temple courts to offer sacrifice and worship.

All we had to do was make the journey to Jerusalem. And we had to ensure we were ritually clean prior to the Passover celebration. That meant no touching of a dead body, staying away from anything abominable in God’s eyes and preparing one’s heart for this encounter with God. We would have to be careful on the journey not to violate any of these regulations.