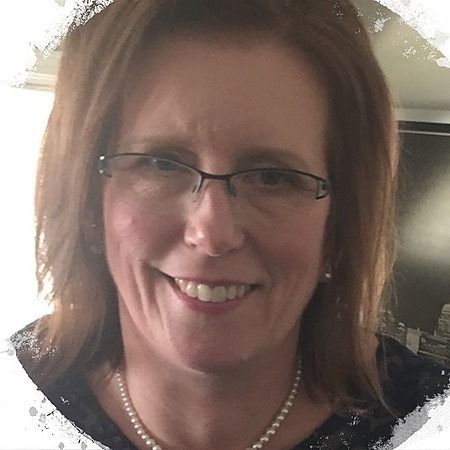 Church Secretary from 2019/Receptionist from 2012

Born and raised in Winnipeg Manitoba, Gayleen was raised in a loving Christian home. After some health struggles as a teen, she learned God was the only one in control and dedicated her life to Him. Gayleen was later baptised upon the confession of her faith in May 1981.

Gayleen met and then married her husband Shayne in 1984. Work has taken them from Manitoba to BC, landing in St. Albert in 2011. Gayleen is happy to say she is a graduated hockey and homeschool Mom and is now content and excited to watch her kids fulfill their dreams.

Along with her family, Gayleen began attending SVBC shortly after moving to St. Albert. She then came to work at SVBC in May of 2012. Gayleen is an avid Prayer Warrior, loves participating in Inductive Bible Studies and is co-coordinator for SVBC's Operation Christmas Child Ministry.

"By faith we understand that the worlds were prepared by the word of God, so that what is seen was not made out of things which are visible.” ~ Hebrews 11:3