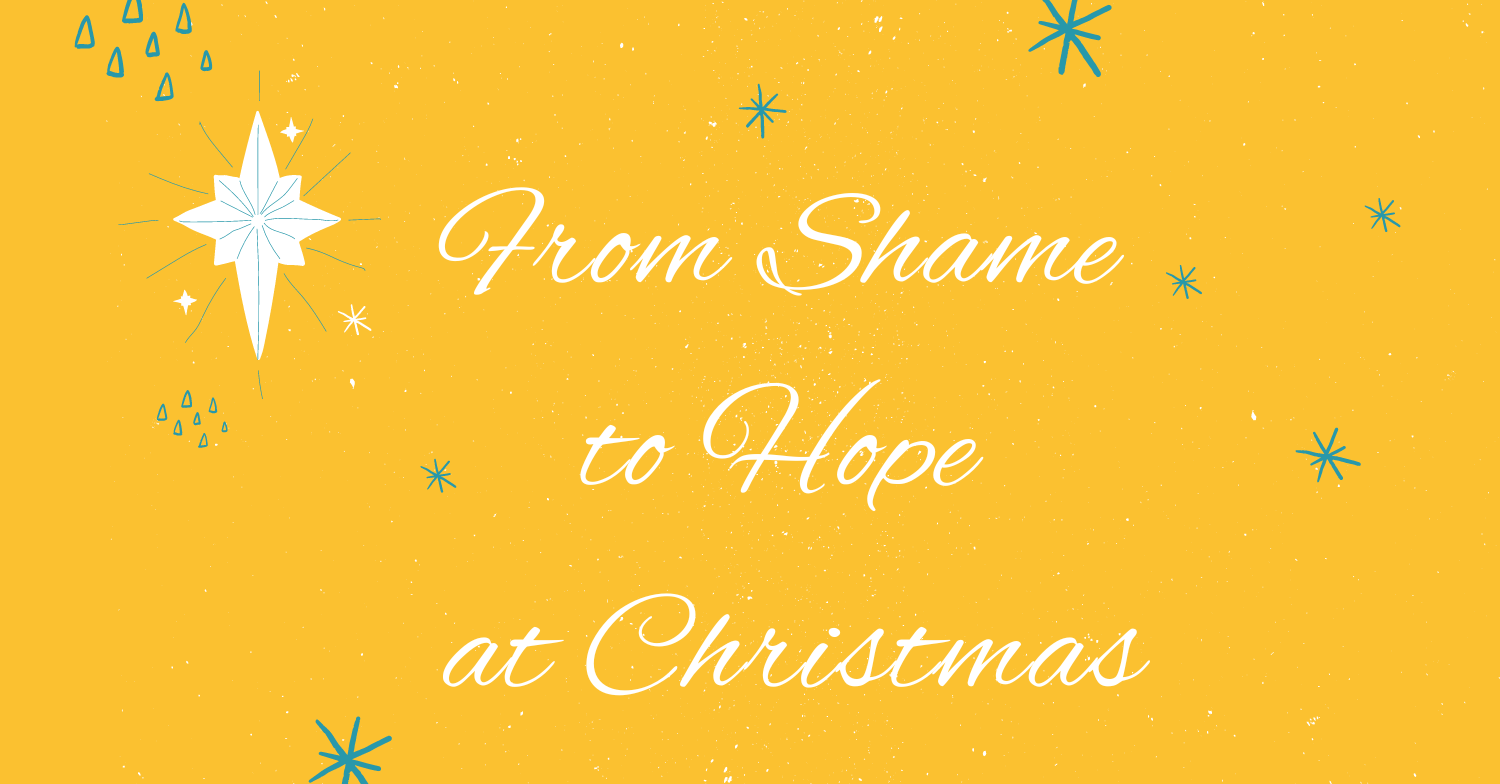 From Shame to Hope at Christmas

Two words – Shame and Hope.   One we don’t want.  The other we want more.  One we avoid at all costs.  The other we’d pay high costs to get it.  Yet we all experience both.

We can feel or experience shame because of something we’ve done.  We lied and have now been exposed as a liar.  We cheated and it caught up to us.  We did something in secret that we wanted no one to know about.  Now everyone knows.

We also feel shame because of something done to us.  Maybe we were abused at some point.  We think that it’s all our fault.  Maybe someone harmed us and it left a scar – physical or emotional.  And we can’t seem to get beyond it.

We may also feel shame because of something withheld from us.  Maybe a parent never showed love to us.  Maybe we were never taught the basics of life.  So we’re too embarrassed to ask for help.

Shame can present a big barrier for us.  It can keep us from stepping out or stepping forward.  It can hinder our relationships.  It can even keep us from God. Many seem to think they have to do enough good works to make God like them or approve them.   They conclude He’s not interested in broken, troubled people who feel shame.

But surprisingly, shame plays a big part in the Christmas story.  God sent His Son Jesus to be conceived miraculously in the virgin Mary. Except, Mary was like an unwed mother.  She lived in an honor and shame culture.   If you did or were accused of something shameful, you were cast out.

Joseph wanted to divorce her quietly. But an angel revealed to him the truth. So he took Mary as his wife while she was with child.  Joseph instantly lost his reputation even though he had done nothing wrong.

Jesus was supposed to be born King of kings. Royal sons were born in palaces. But Jesus’ parents could not even get a room in the Inn. So, he was born in a stable laid in an animal feeding trough.  Hardly anyone noticed.

But the worst was yet to come. Jesus was crucified on a cross - the most shameful, humiliating form of punishment at that time. It was such a shameful way to end a promising life.

Yet, though Jesus faced taunts about his origin, he was the most holy child ever born. Though born into poverty, He showed the love of God had to ordinary people. Though crucified on a cross, He took our shame on himself. Jesus transformed shame into a beacon of hope.

So we don’t have to make ourselves presentable to come to God.  Jesus says, “I paid for the shame of your wrongdoing. Now receive my forgiveness and I’ll walk with you to take the next step forward.   With shame because of something done to us, Jesus says, “I am the way, the truth and the life.  The truth is you didn’t do wrong there. That’s a lie. I’m all about truth, justice and healing.  Come to me and I will show you how to live free from that false guilt and shame. With shame because of something withheld, Jesus says, “If you come to me, I will teach you what you need to know to become whole.

From shame to hope at Christmas. It’s possible if we put the trust of our lives onto the Jesus who endured the deepest shame to provide the highest hope.