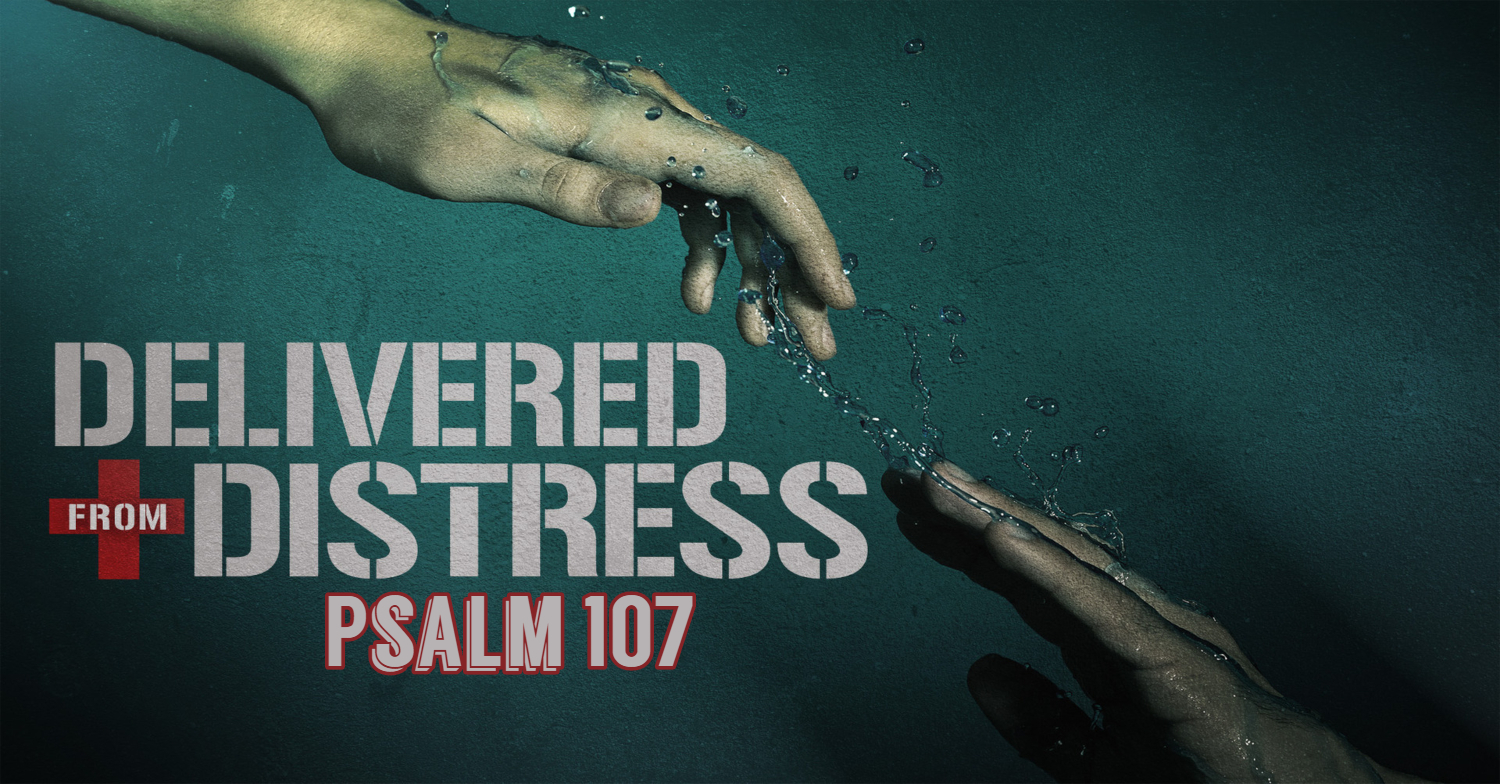 Sometimes we find ourselves in a dark place. Life closes in on us and we may feel trapped. Or we’ve made choices that have led a feeling of enslavement. Is there a reason for thanksgiving when life is like that? Consider this:

Psalm 107:10-16 (ESV)
10 Some sat in darkness and in the shadow of death,
prisoners in affliction and in irons,
11 for they had rebelled against the words of God,
and spurned the counsel of the Most High.
12 So he bowed their hearts down with hard labor;
they fell down, with none to help.
13 Then they cried to the Lord in their trouble,
and he delivered them from their distress.
14 He brought them out of darkness and the shadow of death,
and burst their bonds apart.
15 Let them thank the Lord for his steadfast love,
for his wondrous works to the children of man!
16 For he shatters the doors of bronze
and cuts in two the bars of iron.

Here we have an image of God who responds to the cries of distressed people. They even rebelled against God and ignored His counsel. Yet He responds with mercy and rescue, reaching down to the depths to rescue us from darkness.

I’m reading a biography of John Newton, the author of Amazing Grace. In the forward, author Philip Yancey says, Like water, Grace flows down to the lowest places.Newton made choices in his early life that led to the lowest places. He rebelled against authority, deserted from his ship, mistreated ship mates, cursed and swore, participated in the slave trade, took advantage of vulnerable slaves, drank to drunkenness and captained a slave trading ship. He only turned to God in this midst of a gale storm wind that drove a ship he was on across the Atlantic. There was little hope for survival. Yet miraculously, the ship survived and limped into a port in Ireland.

Yet it would take another 20 years before Newton began to see the evils of the slave trade and it’s incompatibility with his new Christian faith. Eventually, he became a pastor and ministered for 40 years. He also mentored William Wilberforce who eventually got a law passed that abolished the slave trade in Britain and its empire. God brought Newton out of darkness and the shadow of death, and burst his bonds apart.If you’re in some darkness today, cry out to the Lord in your distress. If you walk with the Lord, remember His rescue of you from darkness.

“Thank you Lord for rescuing us from darkness and slavery. You transformed John Newton from foul mouthed slave trader to compassionate pastor and advocate for slaves. Please continue your good work in us.

Oct 18
Getting Back on the Path of Walking with God