Conflict is so easy to come across. A simple miscommunication or misunderstanding can cause a lot of trouble. I was thinking about times where someone communicated to me and I misunderstood, and I had to share this story.

When I was just out of high school, I had moved to the big city of Edmonton. I had recently broken up with a long term relationship and was just ready to start finding my own style again. I was kind of thinking about getting some new clothes, a haircut, some new cologne. Like a little make over. So one day I decided to look for a new cologne for myself. Now where I came from we had one small department store and there wasn’t really much selection. So I headed off to the Bay. I was standing in front of a big wall of different options and was already overwhelmed by the choices, the waft of potent smell in the perfume department, and I just started to pick them up and smell them. As I was trying to distinguish their scents, I noticed that along the wall there were these little trays of coffee beans. I was pretty curious as to why they were there, and I like to ask questions, so I saw an employee putting something on the shelf so I asked her what the coffee beans were for. She replied that they were for in-between smelling colognes, and she said it helps clear you so you can smell each new scent. – now- this was the time when the fad in our small town was when those chocolate covered coffee beans were all the rage. We would eat them by the handfuls. So here I am, and she says they are for in between smells, and I think that’s a little gross because everyone puts their fingers in there, but I shrugged and though ‘hey I’m in the big city now, let’s try this’ I reached in, grabbed a bunch and tossed them in my mouth and started to chew. Well I’ll tell you, those coffee beans were so stale, my mouth instantly became a coffee grinder. It was like eating dirt; My mouth was full of grinds. It tasted like stale coffee. Had that lady still been standing there, I’m sure the look on my face would have given away my disgust. As I tried to swallow the absurd amount of grinds in my mouth, I picked up another bottle of cologne and tried to smell it. It smelled like stale coffee. I tried a couple of others but just had to leave because everything smelled like coffee. ----It was years later when I was hanging around with some friends and it came up in conversation. People started talking about chocolate covered coffee beans and it reminded me of those horrible beans in the department store. I told the group how awful those coffee beans were and that they didn’t even help. And with a perplexed look on their face, one of them informed me that I was not supposed to eat the coffee beans, I was supposed to SMELL them between smells. Well the room erupted in laughter. The woman at the department store had told me what they were for, but my interpretation of what she meant led me down the wrong path. A clear misunderstanding.

Communication is not easy. Sometimes just the tone of what you say changes the entire meaning. Like when Andrea comes out and is wearing a new dress, If I say “Nice dress!” that’s very different than if I say “Nice dress.” One of those will not go over well. Other times we don’t mean to hurt people but we do. We don’t think they should be offended by what we said; we think they are overreacting, but in reality they were hurt by it and it damages the relationship. 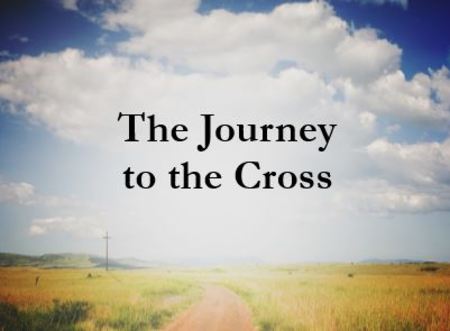 The Journey to the Cross

Relationships with Other Christians

Jesus Lights the Way for His Disciples